5th April warm and sunny. I opened two nucs. Last year I made several nucs up with the intention of over wintering them - although this 14x12 nuc was a bit of an afterthough and a mess from the start. I had for instance forgotten that it had frames that were not 14x12 in it (see my surprise when I pull out a super frame). However the bees are OK and although I didn't take out any of the frames in the middle of the box I could see plenty of capped brood. Click here to see the video
Two days later (not one as I said in the video) I decided to open up the nuc box and re-organise it. It was a mess - but the bees were doing surprisingly well. On relection this wasn't the best way of sorting out this box as I ended up with two boxes anyway. The best way of dealing with this would have been to leave the original box as it was and to have simply put the new box with new frames on top of it and waited for the bees to move up into it. 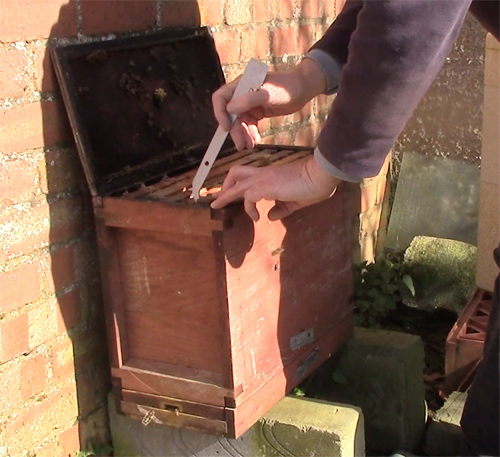 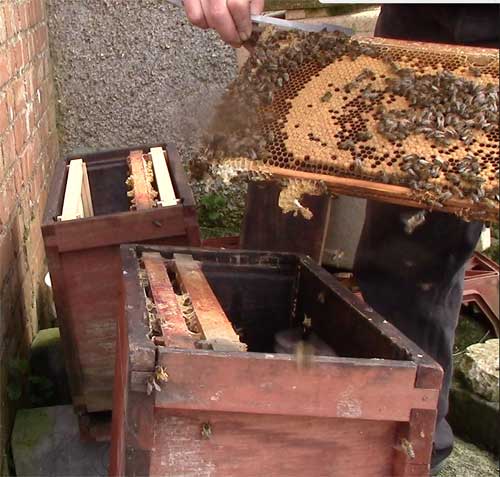