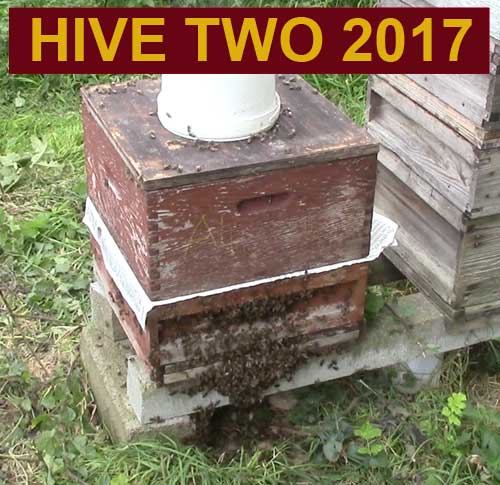 I have selected the most successful colony in the same out apiary as hive one for this second hive in my experiment. I will call it 'hive two'. They are successful in so much as they did make a fair amount of honey in a difficult summer and showed no signs of wanting to swarm. They were new arrivals to the apiary as a swarm that moved into spare supers in 2016.

22 August 2017. Hive two has not yet had the Verroa Shook Swarm treatment - but has had a video made to explore the 'notching' process for queen rearing. - see video

The 'notching' process wasn't successful for me. However queen cells were removed and two nuc boxes were made up with them. (both successfully produced a laying queen)

28 August 2017. Varroa shook swarm. It is better to have a spare brood box to hand when starting this process - but when working in out apiaries (and often being short on time) perfection is not always possible. However, these were very forgiving bees and put up with a lot of messing around before they were left to unite with their queen. The queen was put back in the same brood box - but now above a super with a sheet of newspaper between the two. I'm possibly being over cautious as there was probably no need to do the newspaper thing at all. The flying bees, that have been without their queen for six days, would probably happily have her back without any threat to her. But there is only one queen and I'm playing it safe. The video is not the best I have made either (note to self get a tripod!) - see video

6th September 2017. Second stage brood removal. There was just one frame with eggs left behing after last weeks brood removal. That frame is now fully capped and the open brood before being capped had (hopefully) attracted the mites left on the bees as they had no other brood they could access. The queen was seen marked white and she is laying well. There were eggs and young brood on several frames. The empty feeder was re-filled. I will keep feeding this colony until the end of October. - see video

1st November 2017. Feeder bucket empty. I've removed the bucket and put on some fondant. - see video
It was a mild day and the bees were still taking in plenty of pollen - see video

22nd December 2017. Fondant being eaten. We are having a warmish spell of weather. - see video 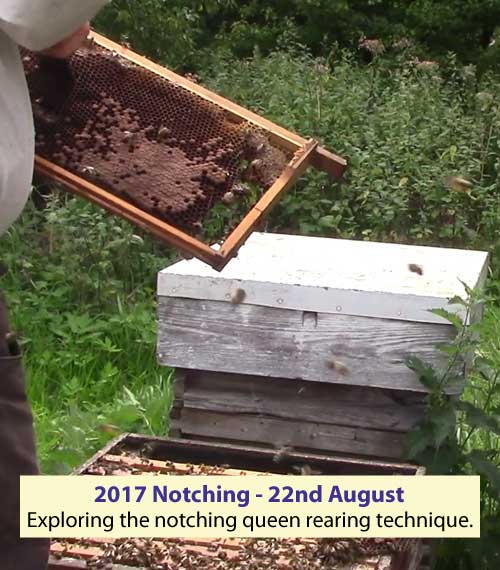 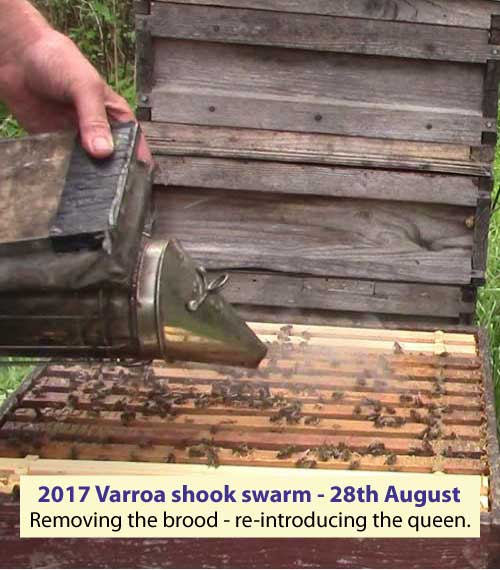 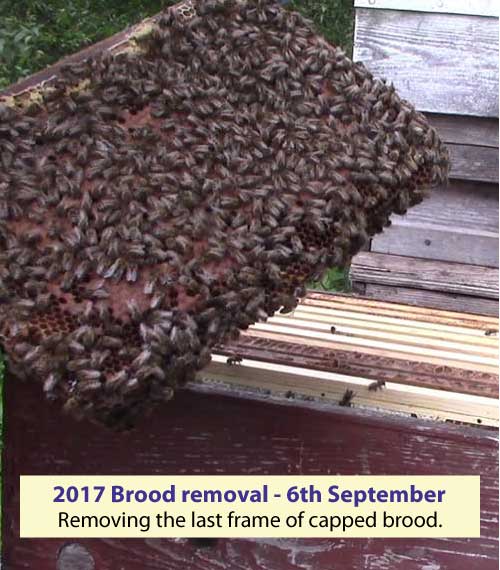 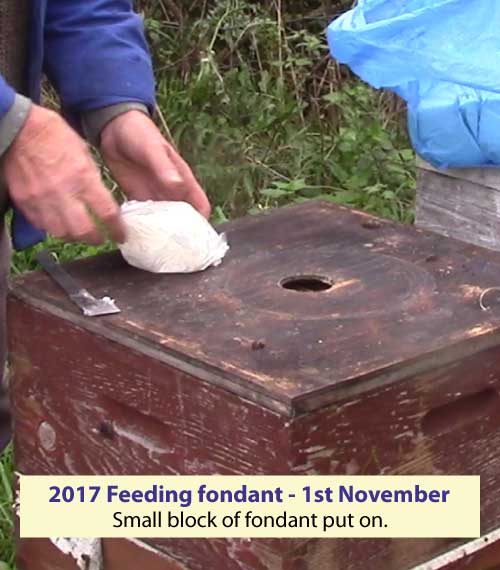 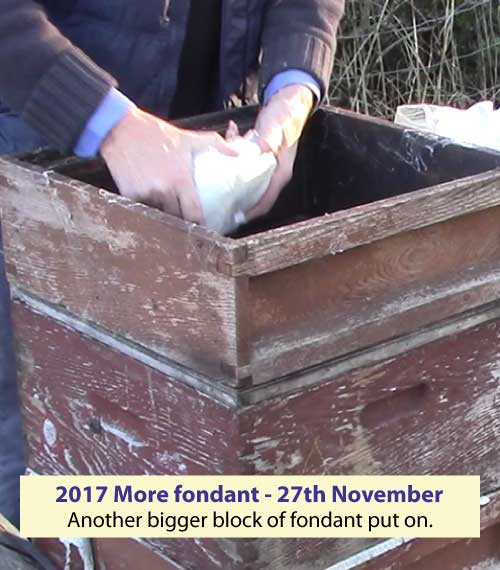 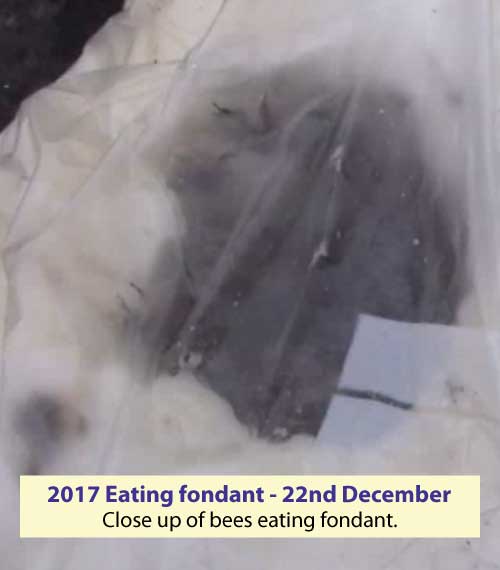